Sugarloaf Point Lighthouse stands on a dramatic headland east of Seal Rocks village. Completed in 1875, it is the first lighthouse designed by colonial architect James Barnet and one of only two towers in Australia with an external stairway. It was originally built to guide ships along the rocky coastline, after a number of incidents, including the shipwrecking of the SS Catterthun and the Rainbow. Despite the coast being illuminated by the lighthouse, 20 wrecks have occurred since the lighthouse was built.

Sugarloaf Point is a top spot for watching whales as they migrate on their journey along the coast. You might also be lucky enough to see dolphins, down on lighthouse beach. 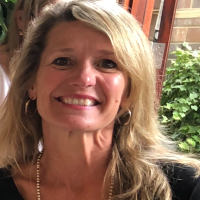 Passionate about sharing quality destination experiences available on the Barrington Coast. I love to help facilitate staff, guests and visitors with interesting, local eat, stay and play information. We have a saying here at Blueys "stay where you love... love where you stay". Enjoy! Thanks El View all posts by Eleanor Rattray →